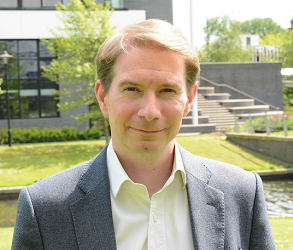 Professor Jarvis heads Warwick’s High Performance Systems Group, whose research is focused on the analysis, performance evaluation and optimisation of software/systems combinations. In particular, the group are developing predictive techniques capable of determining the detailed execution characteristics and resource use of industrial-strength applications running on large high-performance and distributed systems. These techniques have been used to support procurement, system optimisation, resource scheduling and software redesign. Much of this research has been focused on computationally intense applications of interest to the science and engineering community. In 2009, Professor Jarvis was awarded a four-year Royal Society Industry Fellowship with Rolls-Royce, focused on HPC code development, optimisation and performance modelling. In 2013, collaborative work with the US National Laboratories led to a R&D Top 100 award, widely recognised as an ‘Oscar of Innovation’. More recently Professor Jarvis has applied these techniques to data-intensive domains, at the intersection of big data and high performance computing. In 2014 he became Director of the EPSRC Centre for Doctoral Training in Urban Science, which now supports more than 60 PhD students. Professor Jarvis has run funded research projects with IBM, UK MOD, Rolls-Royce Plc, Intel, Bull Information Systems, Microsoft Research and others.

Professor Jarvis studied at London, Oxford and Durham Universities before taking his first Lectureship at the Oxford University Computing Laboratory. Here he worked on the development of performance tools for the BSP programming library, as well as teaching at Brasenose, Lincoln and Keble Colleges. After a short secondment to Microsoft Research in Cambridge, he joined the University of Warwick, rising to Professor in 2009. Professor Jarvis acted as Director of Research from 2008 to 2013, leading the Department to rank 2nd (out of 89 UK Computing Departments) in the 2014 UK Research Excellence Framework (REF). In 2013 he was appointed Chair of Department. Professor Jarvis has been a Visiting Exchange Professor at New York University since 2017 and is currently a member of the Board of Trustees at the Alan Turing Institute, the UK’s national institute for data science. He is presently Deputy Pro Vice Chancellor (Research) at the University of Warwick.