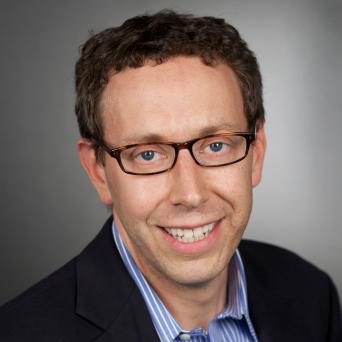 Neil Kleiman has spent 20 years building a career at the intersection of policy, philanthropy, government and academia. He founded an urban issues think tank, established new university degree programs, and developed innovative and practical policy solutions for dozens of cities across the United States. He has also written and edited over thirty policy reports, with his work featured in many media outlets, including the New York Times, Wall Street Journal, Chronicle of Higher Education, PBS NewsHour and National Public Radio.

Kleiman has a joint appointment at the Wagner School of Public Service and the Center for Urban Science + Progress. He is a Senior Fellow at The GovLab and an Affiliated Scholar at the Marron Institute of Urban Management. He teaches undergraduate and graduate-level courses on policy formation, urban innovation, and new approaches to managing technology and big data. In 2017, he published a book with Stephen Goldsmith on urban governance reform entitled A New City O/S: The Power of Open, Collaborative and Distributed Governance on Brookings Institution press.

As Director of the NYU Wagner Innovation Labs, he supports the development of initiatives and programs to address pressing urban challenges, both nationally and globally. His work has been generously supported at New York University by Bloomberg Philanthropies and the Citibank, Ford, Annie E. Casey, Robert Wood Johnson, MacArthur, Kauffman and Sloan Foundations.

He is also Director of Policy and Evaluation for the National Resource Network. Funded with $10 million from the U.S. Department of Housing and Urban Development, the Network is the nation’s first one-stop resource for cities seeking customized solutions to address pressing local challenges.

Before joining NYU, Kleiman was Director of Policy at Living Cities, a collaborative of the world’s largest foundations and corporate philanthropies, where he was responsible for developing and advancing the organization’s policy agenda. In 2008, in partnership with the Kennedy School at Harvard University, he helped create the Project on Municipal Innovation, the only forum in the U.S. where mayoral advisors meet to learn about and design new policy ideas.

He began his career as the founding director of the Center for an Urban Future, a New York-based policy think tank whose work is consistently cited in local media outlets. The group has been the source of numerous ideas for mayoral and gubernatorial administrations that were then fully implemented in New York City and New York State.

Kleiman holds a Ph.D. in Political Science from the Graduate Center of the City University of New York. In addition to teaching at NYU, he has also taught urban policy at Barnard College, John Jay College-CUNY, Tulane, Universidad de los Andes (Bogota) and has been a visiting fellow at Williams College.

Kleiman is on the board of Next City and Civic Consulting USA.