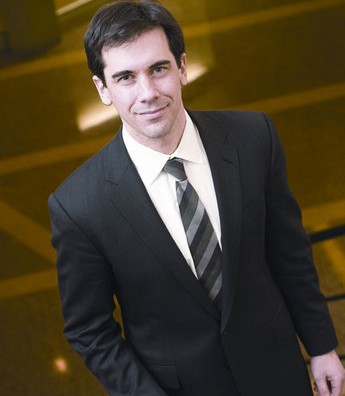 Constantine E. Kontokosta, PhD, PE, is an Associate Professor of Urban Science and Planning and Director of the Civic Analytics program at the NYU Marron Institute of Urban Management. He also directs the Urban Intelligence Lab and holds cross-appointments at the Center for Urban Science and Progress (CUSP) and the Department of Civil and Urban Engineering (CUE). Constantine is a Visiting Professor of Computer Science at the University of Warwick (UK) and a Senior Scholar at the New York Academy of Medicine. Previously, he served as the inaugural CUSP Deputy Director and Assistant Professor of Urban Informatics at CUSP and CUE. At CUSP, he was part of the Center’s founding leadership team and designed and launched the first graduate program in urban informatics. He is the founding Principal Investigator of the Quantified Community research initiative that uses hyperlocal urban sensors and community-driven data analytics to model the neighborhood exposome and its impacts. He is a 2017 recipient of the National Science Foundation CAREER Award for his research in urban informatics for sustainable cities.

Trained in urban planning and computational methods (Columbia), finance and economics (NYU), and systems science and engineering (UPenn), Constantine brings an inter-disciplinary perspective to urban science that integrates fundamental research with impact-driven, use-inspired needs. Leveraging large-scale data analytics, his research seeks to understand and drive change in energy efficiency and climate policy, neighborhood dynamics and the impacts of urban development, and community-driven urban sensing and environmental justice. He has partnered extensively with city agencies and NGOs to design, implement, and evaluate policies using data analytics, and helped to establish new data science teams within a range of organizations.

Constantine has published more than 70 peer-reviewed publications in leading academic journals – in fields ranging from urban planning to signal processing – and has two forthcoming books on urban analytics and data-driven climate action. His research has been featured in the New York Times, the Wall Street Journal, the Economist, FastCompany, CityLab, Wired, CNN, NPR, and other media outlets. He holds a PhD, M.Phil, and M.S. from Columbia University, a M.S. from New York University, and a B.S.E. from the University of Pennsylvania.