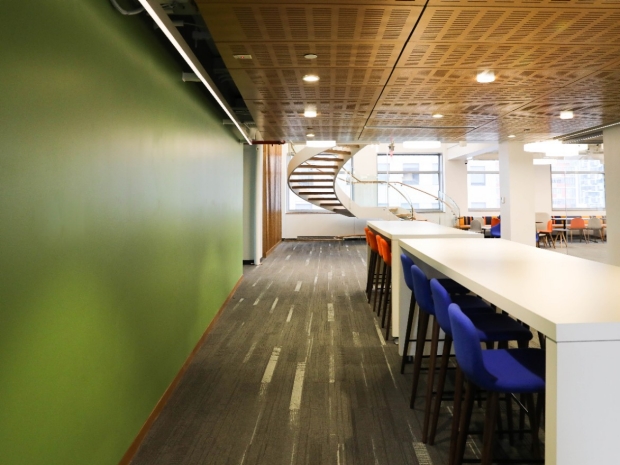 Once upon a time the Metropolitan Transit Authority’s headquarters in Downtown Brooklyn at 370 Jay Street had offices and a money counting floor (the second).

Today, it’s housing scholars for New York University, which signed a 99-year lease for the property in 2012, and is adding the building to its Kings County campus.

At the intersection of Jay Street and Willoughby Streets, parts of the 13-story structure has since been turned into classrooms, lectures halls and other academic spaces. The limestone facade was restored, mechanical systems have been upgraded, 10 new elevators have been installed and the lobby’s original marble repolished.

NYU’s Center for Urban Science and Progress (CUSP) began occupying the second, 12th and 13th floors of the property in December. But construction to renovate and remodel the building is expected to continue until the end of next year. The property will include spaces for a variety of the university’s schools, housing student engineers, research scientists, game designers, media artists and musicians.