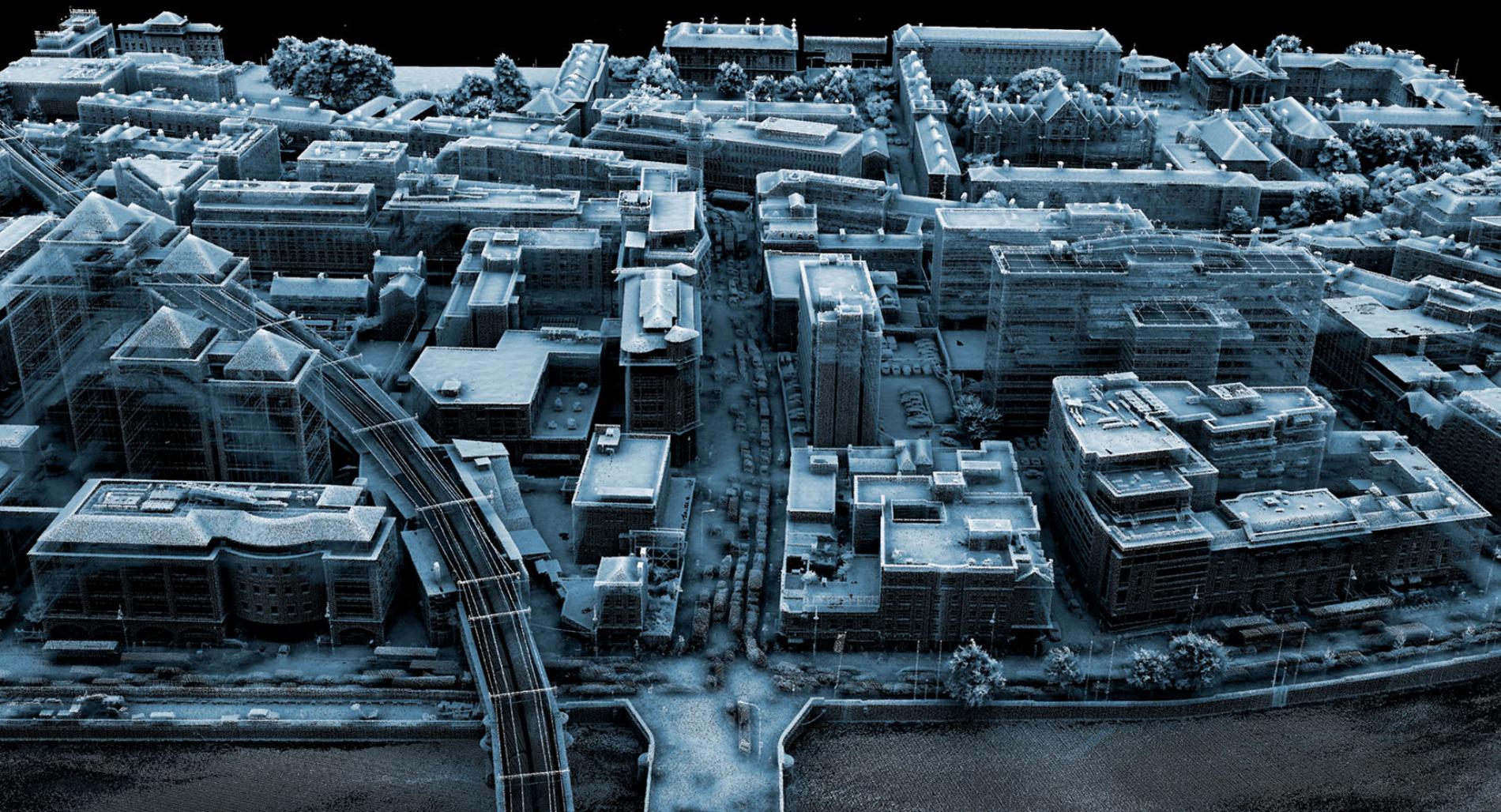 Satellite images let us see Earth from above. But a technology closer to Earth can give us a much more detailed look.

Aerial “light detection and ranging,” also known as lidar (rhymes with eye-dar), works by sending laser pulses from a plane, helicopter, or drone. The device then receives information back about the surfaces below.

What’s wrong with traditional images from space or miniature scale models? Lidar produces not just an image but a high-resolution geometric representation of a city in motion. Slight slopes in pavement reveal how floodwater will move, and pockets of particulates can identify air pollution.