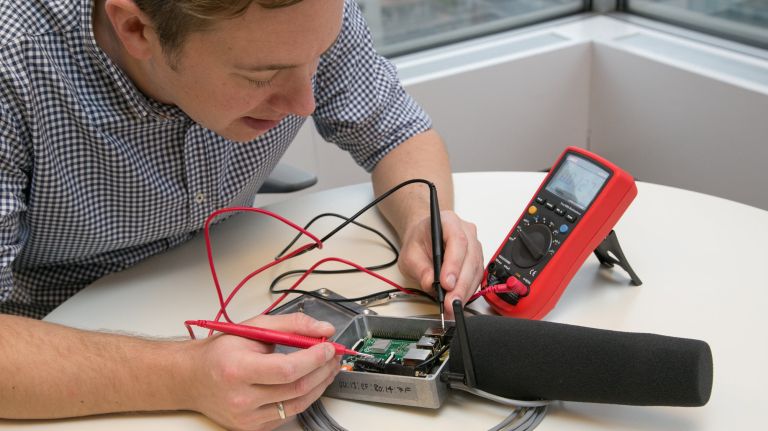 Researchers from New York University have spent over two years collecting sounds from the streets and sidewalks of the city.

Now it’s time to figure out which noises they captured.

Is that a jackhammer? A wailing baby? A frustrated driver leaning on a horn?

And you can help.

“Who better to ask than New Yorkers?” said Mark Cartwright, a research scientist  at NYU’s Center for Urban Science and Progress.

Cartwright and his colleagues working on The Sounds of New York City Project are looking for volunteer citizen scientists to review 10-second snippets of sound.

It’s as easy as logging into a website, putting on some headphones and selecting from a menu of options.

They are making the audio available at Zooniverse, a citizen science web portal. So far, over 700 people have signed on to participate, but more are needed — about 3,500 overall.

Cartwright said researchers are really looking for the expertise that New Yorkers can bring.

“Because of their context of living in New York, they might recognize some sounds other people wouldn’t,” Cartwright said. “You may know the difference between how a street cleaner sounds and a powered saw. Someone who doesn’t live here might not recognize some of these sounds.”