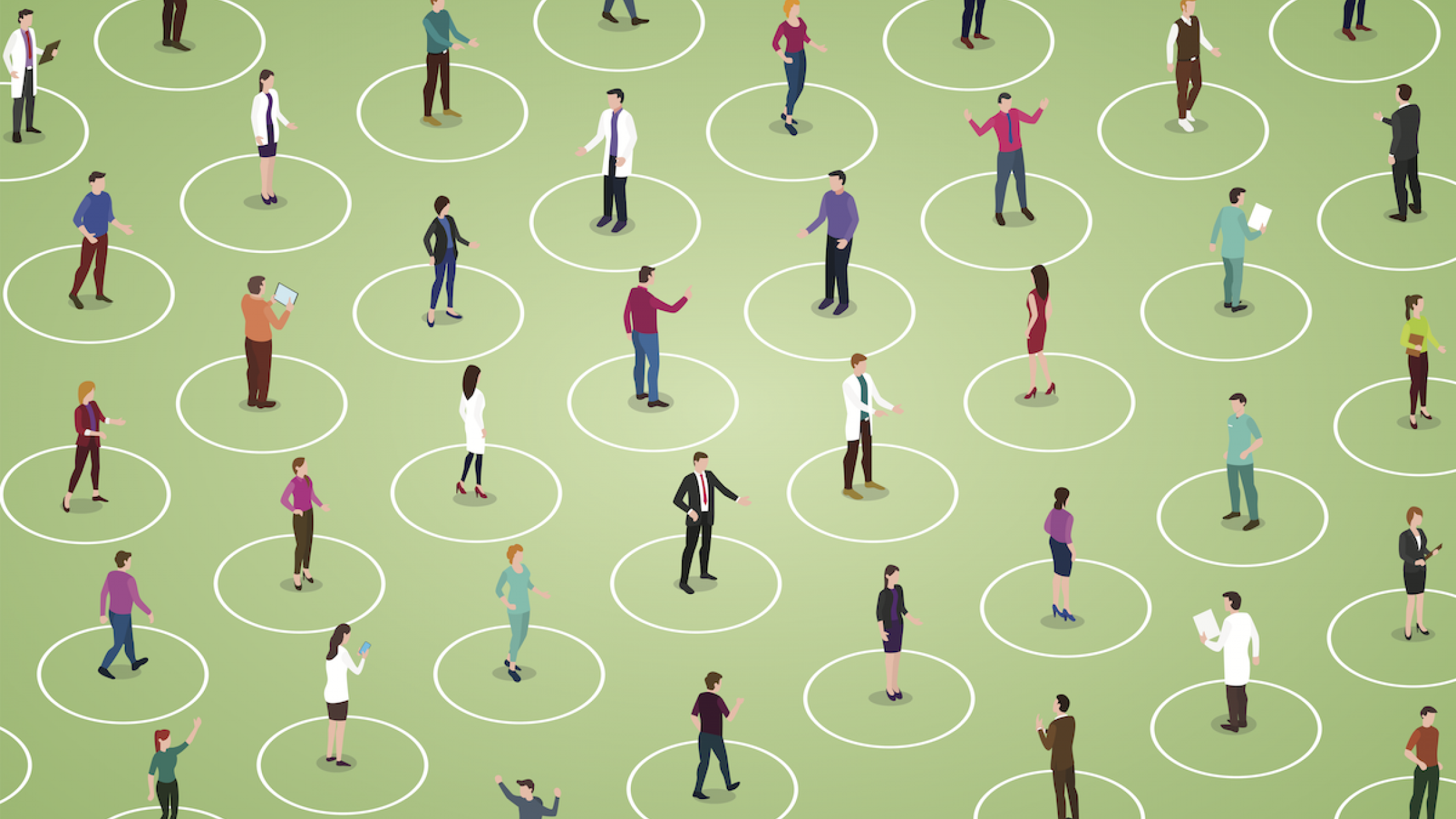 NYU Tandon professors and their students are quickly responding to the need to understand the spread of the COVID-19 virus, and thanks to National Science Foundation Rapid Response Research (RAPID) funding, earmarked for research with severe urgency, field and lab work is already apace for four projects that take advantage of the wealth of data about New York City. All hope to help scientists and the community to react better to this contagion and others in the future.

Researchers are already in the field recording potential hot spots outside hospitals and mass transit hubs to record what people are touching — and thus the most likely surfaces to carry the coronavirus.

Virus mapping dates to 1854, when John Snow traced the source of a cholera epidemic in London to infected wells. NYU teams, however, will use geospatial data to pioneer a more accurate and effective tool for this virus: 3D mapping.

This study will also lay the groundwork for machine learning models to speed the analysis of how a virus spreads in urban areas. Its documentation and modeling could easily be applied to airports, grocery stores, and playgrounds — anywhere large groups of people come, touch things, and leave.

The lead investigator for the DETER project is Debra Laefer, a professor of civil and urban engineering at NYU Tandon who also serves as a professor of urban informatics and director of citizen science at its Center for Urban Science and Progress (CUSP); the co-leader for the project is Thomas Kirchner, director of the NYU mobile health lab and an assistant professor of social and behavioral sciences at the NYU School of Global Public Health.

Testing in NYC: who, what, where?

Using data from New Rochelle — the New York suburb first seriously afflicted by the virus — a team of NYU Tandon researchers will build a mathematical model specifically for the city’s unique social and transportation structures. Their goal: to help health and government leaders make smart, up-to-date testing and contact-tracing decisions.

Models from other contagions are not applicable to the novel coronavirus because they are confounded by its absence of symptoms in early stages, New York’s complex mobility patterns, and limited testing resources.

In a city where few own cars for drive-through assessment and testing is often conducted at hospitals already strained by the virus, the professors hope to provide quick, real-time scientific insights while factoring in the type and timing of testing, asymptomatic occurrence, and hospitalization stages. Social behavior associated with rational and irrational factors will be included in the mobility patterns of the agent-based model at multiple spatial and temporal scales to increase the granularity of the predictions. The models will be made public at no cost.

The RAPID grant was awarded to Institute Professor Maurizio Porfiri of the Departments of Mechanical and Aerospace Engineering, Biomedical Engineering, Civil and Urban Engineering, and CUSP, along with co-principal investigator Professor Zhong-Ping Jiang of the Electrical and Computer Engineering Department. Visiting Professor Alessandro Rizzo from Politecnico di Torino, Italy, will also be part of the team; he earlier worked with Porfiri to develop contagion modeling. Other researchers on the project are Sachit Butail, formerly with Porfiri’s lab and now an assistant professor at Northern Illinois University; Agnieszka Truszkowska, a postdoctoral associate in the Mechanical and Aerospace Engineering Department; and Emanuele Caroppo, who is a leading expert on the COVID-19 spread in Italy.

How are we adapting in public?

With a trove of data already in hand about how people move about on New York City streetscapes, Professor Paul Torrens’ research team was a natural to perform a compare-and-contrast study after COVID-19 hit. The NSF agreed, funding the project that could quickly inform decisions on curfews and social distancing in dense urban areas. After all, citizens’ actual reactions to each other can indicate just how strict regulations should be and potentially even help communities to forecast how the citizenry will respond once shelter-in-place rules are lifted.

This research captures how new forms of spatial behavior emerge while testing how existing theories of spatial behavior hold under extraordinary circumstances. Emergent relationships will be fine-tuned, using a series of studio-based experiments after the fact, deploying motion capture to trace pathways between non-verbal communication such as gestures and mannerisms, and high-resolution space-time details of spatial behavior. The resources will be made publicly available and shared with local partners, with implications for safeguarding public health and well-being.

Torrens is a professor in the Computer Science and Engineering Department and CUSP.

Tracking the virus through mobility data

A RAPID project recently funded by the NSF will marshal large-scale, anonymized mobility data to estimate variations in exposure density, measure and monitor the effectiveness of social distancing, and predict the spread of the disease based upon mobility patterns.

The research will focus on understanding socioeconomic disparities in outbreak progression and the impacts of shelter-in-place mandates. Using these models, public health officials will be able to estimate the likelihood of successful containment efforts for specific localities and predict where future localized outbreaks and chains of transmission may emerge. The study team also hopes to use the data to identify at-risk communities based on predicted movement patterns and neighborhood socioeconomic characteristics influencing residents’ vulnerability.

Constantine Kontokosta leads the team; he is an associated faculty member in the Civil and Urban Engineering Department and CUSP, and is an associate professor of Urban Science and Planning at the NYU Marron Institute, as well as director of the Urban Intelligence Lab and director of Civic Analytics. Co-principal investigators are Arpit Gupta, an assistant professor of finance at the Leonard N. Stern School of Business, and Lorna E. Thorpe, a professor of population health at the NYU Grossman School of Medicine.