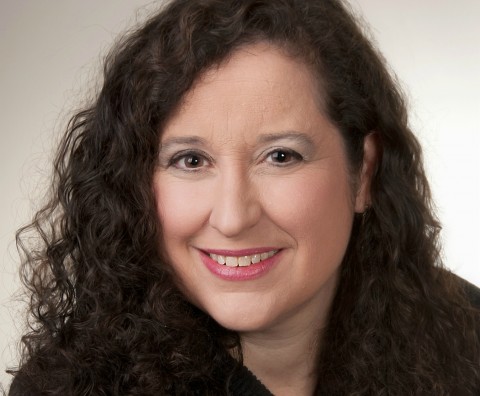 The research paper, published in the journal Engineering History and Heritage,garnered the 2019 Manby Prize from the institution, which lauded it for its exceptional quality and benefit to the civil engineering, construction and materials science community. It provided both a case history of a significant structure and a framework for assessing other historic wrought iron bridges using data.

Debra Laefer, a professor of civil and urban engineering at NYU Tandon who also serves as a professor of urban informatics and director of citizen science at NYU’s Center for Urban Science and Progress (CUSP), chose to examine the structure using TLS, a non-contact method by which researchers can quickly, cost-effectively, and safely acquire three-dimensional (3D) topographic data on the visible surfaces of structural members with millimeter-level accuracy. The data can then be processed to generate a permanent record of a structure’s status or to report structural deficiencies.

Much bridge assessment is conducted by means of visual inspection, which is subjective and highly dependent on an inspector’s experience, particularly in poor weather conditions or when there is limited site access. Access was a particular problem for the Guinness Bridge, which lacks a riverbank on the south side and its north side is largely blocked by a rampant growth of trees. The bridge spans the River Liffey and was built by the famed brewing family in the 19th century to carry hydroelectric power and services to its estate.

TLS is a ground-based version of airborne Light Detection and Ranging (LiDAR); Laefer has been widely celebrated for collecting the world’s densest urban LiDAR dataset, which at over 300 points per square meter is more than 30 times denser than typical, capturing above-ground urban geometry at unprecedented detail.

Laefer published the results of her study of the Guinness Bridge in a paper, “Laser Scan-Based Structural Assessment of Wrought Iron Bridges: Guinness Bridge, Ireland,” which she co-authored with Nora Gyetvai and Linh Truong-Hong, her former graduate students at the University College Dublin.

Although it represents an important part of Ireland’s industrial heritage, the Guinness Bridge, which came under state ownership in 1999, had been severely neglected and had been nominated to the World Monument Fund’s “Most at Risk” list in 2012. While the researchers concluded – to the dismay of many in the community – that reopening the bridge for pedestrian traffic was unlikely, they proved that TLS can surpass other common techniques, such as acquiring drone-based images, in certain situations.

Laefer and her coauthors will be presented with the Manby Prize at the ICE Publishing Awards ceremony, scheduled to take place on October 4, 2019 in London.