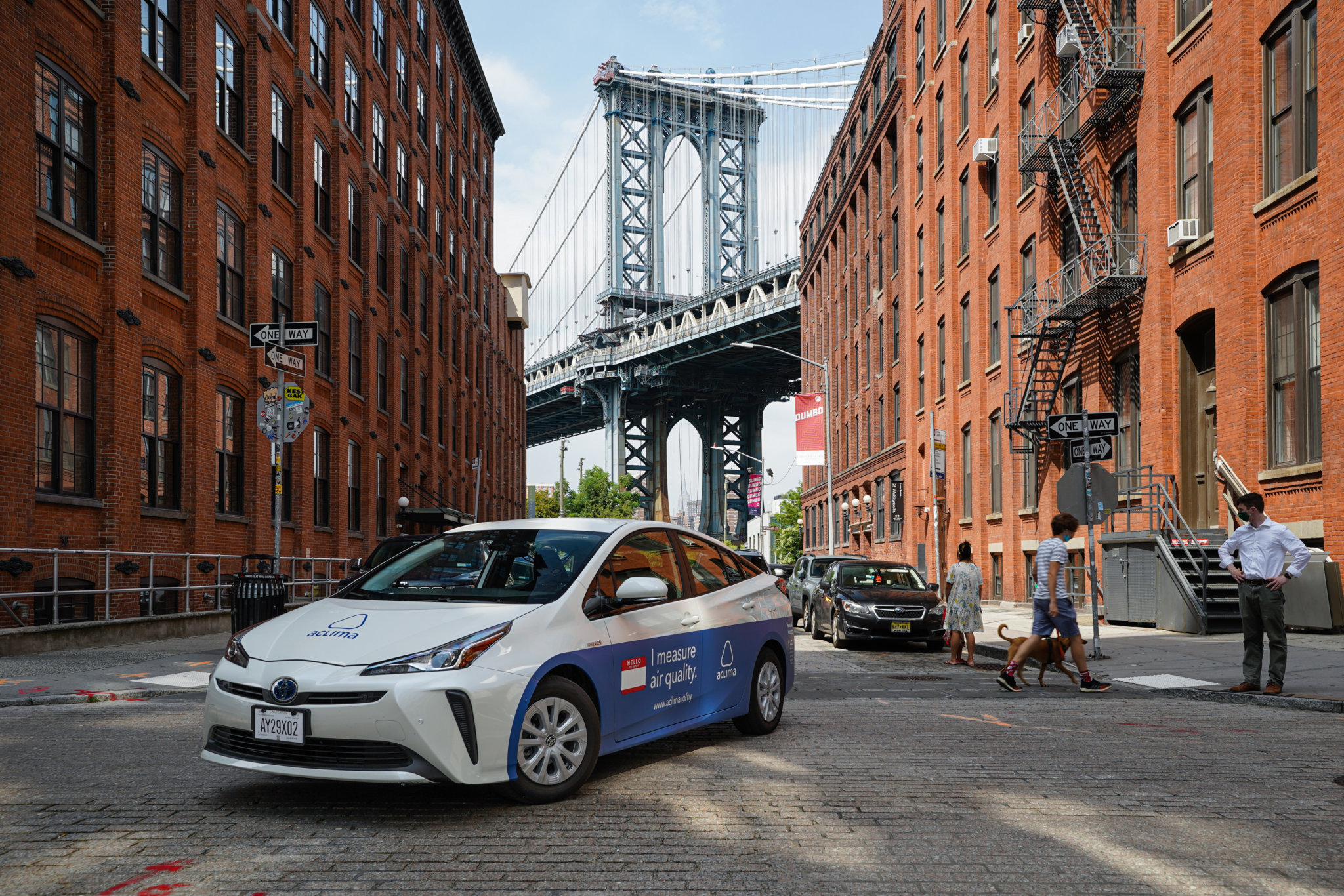 Take a whiff of that!

A group of researchers is planning to measure the air quality, walkability, and traffic patterns in Downtown Brooklyn over the coming months — which will gather a treasure trove of data to help make the area more livable, according to the head of the organization behind the effort.

“These smart cities projects represent a means of improving the safety, efficiency, and beauty of our neighborhood,” said Regina Myer, the president of the Downtown Brooklyn Partnership in an Aug. 25 press release.

The neighborhood business-boosting group will partner on the effort with New York University and a pair of startups — including San Franciscan tech company Aclima, which will deploy a fleet of hybrid cars equipped with air sensors to measure air pollution around Downtown Brooklyn and a handful of nearby neighborhoods stretching as far as Red Hook and Sunset Park over the next three months.

Aclima’s researchers will collect millions of samples measuring toxins like carbon dioxide, carbon monoxide, nitrous oxide, and harmful fine particles known as Particulate Matter 2.5 before feeding the data back to their cloud for analysis and mapping.

The techies previously took several sets of hyper-local air samples in the Golden State, and a senior scientist for the firm said that the hard numbers on airborne toxins can help locals and elected officials advocate for a cleaner environment.

Air pollution has become an even greater concern in the age of the coronavirus as Harvard researchers have found that people living in places with dirty air are more likely to die from COVID-19 than those who live in clean air areas.

The environmental researchers will also take into account how the incoming Jay Street busway could affect air quality levels in the borough’s central business district, according to Upperman.

Aclima, which operates its Kings County outpost from the Navy Yard with the help of local tech center Newlab, plans to share its findings toward the end of the year.

The company’s probe will be one of three new efforts of Downtown Brooklyn Partnership’s Living Lab initiative to use high tech to measure various issues in the neighborhood.

NYU’s Tandon School of Engineering’s Center for Urban Science and Progress, based in the nearby MetroTech business complex, will measure car and pedestrian traffic patterns using pole-mounted sensors along the area’s Shared Street — sections of Willoughby and adjoining Pearl streets which the city narrowed and redesigned to make more pedestrian friendly last year.

The third part will be a survey of Downtown Brooklyn’s walkability by Manhattan firm Walkspan, focused mainly on Jay Street, Schermerhorn Street, Court Street, and some of the side streets of the Fulton Mall.

Myer hopes the studies will affirm her organization’s support for opening more space to walkers downtown — especially in the age of COVID-19 and social distancing.

“We really have motive here because we think the Shared Street program is the way of the future for pedestrians to access more space,” Myer told Brooklyn Paper. “It is needed more than ever given the health crisis, given the need for social distancing.”

The Downtown advocate said the neighborhood provides a good template for urban study because of the variety of businesses, schools, and residential developments packed into the area.

“We have a high level of transit, a very, very engaged public, a mixed-use community, not just shopping, not just students, not just residents, which makes for a very good sample,” Myer said.