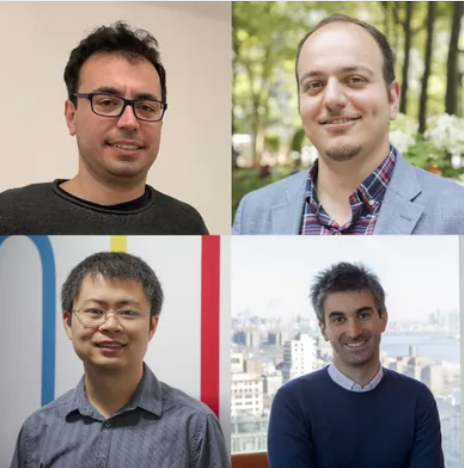 New York University’s Tandon School of Engineering is on the eve of launching a new robotics initiative that promises to take a unique approach to both research and teaching as engineering and academic disciplines, and build upon decades of robotics at the school.

As the details are being finalized after years of planning, we had the opportunity to talk to four roboticists serving as the principal organizers of the new initiative, which will build on existing Tandon strengths across more than a dozen robotics faculty, and eventually will seek to incorporate additional researchers from Tandon and across other NYU schools.

These researchers were recruited to NYU Tandon as part of a “cluster hire” over two years from 2017-2019 to anchor Tandon Dean Jelena Kovačević’s vision for cross-department collaboration in a wide-ranging robotics program.

While their work frequently intersects and they often collaborate on projects, each of these researchers approaches robotics from a unique point of view. 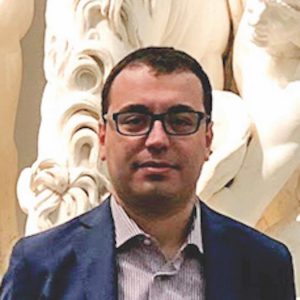 Giuseppe Loianno, with a background in perception, learning, and control for autonomous robotics, explores robot autonomy especially for drones and other airborne robots. He leads the Agile Robotics and Perception Lab (ARPL) and is also a member of NYU WIRELESS and NYU CUSP. The lab performs fundamental and applied research in the area of robot autonomy to create agile autonomous machines that operate in unstructured and dynamically changing environments without relying on any external infrastructure and are able to improve their autonomous behaviors learning from their experience. With projects like Aerial Co-Workers supported by the NSF in partnership with Atashzar and Feng, as well as collaborations with the Army Research Laboratory and several industries, his lab is also investigating ways to make robots more agile and more collaborative — both with each other and with humans. Read more about his work in IEEE Spectrum published earlier this year. 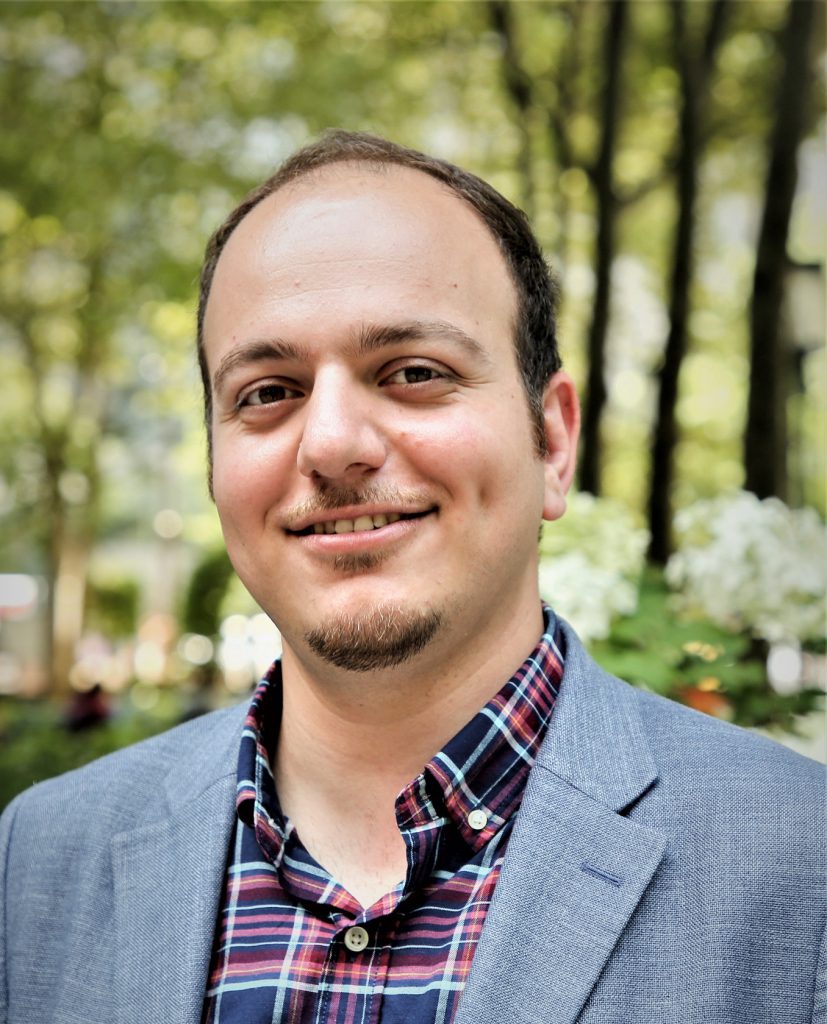 S. Farokh Atashzar has devoted much of his professional career to developing cyber-physical systems and robotics for medical and wellness applications, with a current focus on telesurgery and telerehabilitation combined with next-generation telecommunications capabilities. He recently received an equipment donation from Intuitive Foundation comprising a Da Vinci research kit which is a surgical system that will allow his team to devise means by which a surgeon in one location may be able to operate on a patient located somewhere else—a different city, region or even continent. As part of his work leading the Medical Robotics and Interactive Intelligent Technologies (MERIIT) Laboratory within NYU WIRELESS and NYU CUSP, he is also working on cutting edge human-machine interface technologies enabling neuro-to-device capabilities, with direct applications to exoskeletal devices & next-generation prosthetics and rehabilitation robots. He has developed active collaboration with the NYU School of Medicine and the US Food and Drug Administration (FDA). His research is supported by the National Science Foundation. 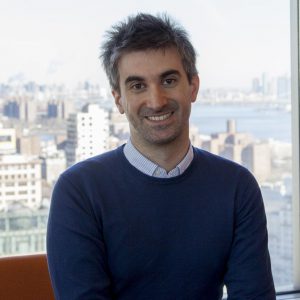 Ludovic Righetti leads the Machines in Motion Laboratory at NYU Tandon. There, his team invents algorithms to make robots that walk and manipulate objects more autonomous, versatile and safe to interact with. His novel approaches to machine learning and optimal control could lead to robots that “understand” when and how to interact with their environment and various objects by varying strength, forces, and more based on object material, function, and purpose. Besides creating new possibilities in the field of autonomous machines, he is making robots accessible to more researchers with the Solo 8 and 12 projects, a low-cost, open source alternative to prohibitively expensive quadruped robots. His lab’s work at NYU Wireless, at the intersection of robotics and wireless telecommunications includes devising cloud-based whole-body control of legged robots over a 5G link. 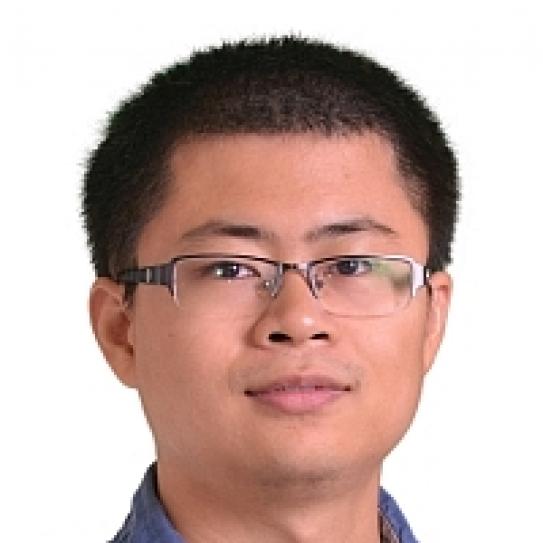 Chen Feng has brought his background in civil, electrical, and geospatial engineering to bear on computer vision and robotic perception applications for construction and manufacturing. With funding support from both NSF and the C2SMART Tier 1 University Transportation Center at NYU Tandon, he has applied his expertise in visual simultaneous localization and mapping (vSLAM) and deep learning to develop technologies for autonomous driving, assisted living, and construction robotics, holding several patents on algorithmic processes for these applications. As head of the multidisciplinary research group Automation and Intelligence for Civil Engineering (AI4CE) he is advancing robot vision and machine learning through multidisciplinary use-inspired basic research. One example, Collective Additive Manufacturing, is a collaborative project aimed at developing both the theories and the system where a team of autonomous mobile robots could jointly print large-scale 3D structures. Another collaborative project ARM4MOD aims at streamlining modular building construction from design to fabrication to installation using quadruped robots that can project sophisticated visual maps over physical surfaces. He is also affiliated with the Center for Urban Science + Progress (CUSP).

Here is our interview with the four researchers.

Q: Can you talk about how you found your way to Tandon and what the impetus was for you to be part of launching a new robotics initiative? How did you all find each other and how did the idea for the initiative develop?

While several of us have appointments in other departments, the four of us all have appointments in mechanical engineering, and we work a lot together already. We all joined NYU Tandon within a couple of years of each other and have collaborated from the very beginning. There are three things we share in common that are forming the groundwork for this new initiative.

One thing we have all believed in from the beginning is a shared robotics facility between the four of us and incoming faculty that will join us next year. We want to have experimental facilities that are more than just the sum of our labs. As a result, the school is now investing in a new facility where we will have a bit more than 4,000 square feet of experimental space. The four of us designed it not as distinct labs, but as a truly collective space that allows us to do more than what each lab can do individually.

Another thing we all share is that the four of us are working on the algorithmic foundations of robotics, ranging from control, planning, learning, human-robot interaction, and perception.

And finally, we all work on complementary applications of robotics that can meaningfully be applied to improve the lives of people.

We came to Tandon knowing that there is strong enthusiasm and support from the leadership, combined with plans for a unique shared space. From the very first day of joining NYU, we started a conversation about how we can collaborate on different aspects of this new initiative. Being jointly appointed between multiple departments allows us to be the bridge for collaboration between various sectors of Tandon focusing on robotics.

My vision regarding the initiative is that it is not just about the space and the summation of what we do. Creating a shared physical hub leads to a convolution of what we do. It’s the work that we do together and our interactions that result in novel projects, new concepts, new visions.

It was also very important for me to be at a university that has a strong connection between engineering and medicine. Thus, NYU is one of the best candidates. NYU is also designed to be part of the fabric of the city—the fact that New York City is our campus makes it very unique and special. We make robots for a future smart and connected society.

The fact that we are already connected to so many existing departments and centers at NYU is essential, because we are aware of what’s happening in different departments and we are already collaborating with a very large number of faculty. This design helps us leverage our different networks and resources at Tandon collectively toward identifying possible collaborations and applying all the resources towards the success of this initiative, this space, and this work.

Before joining NYU Tandon, I was at the University of Pennsylvania and looking for the next step in my career. Definitely, NYU Tandon was and still is the right place with a strong enthusiasm for robotics, a nice future perspective with the possibility to have a strong future research and technological impact, a supportive environment, and within a multi-cultural city environment with tremendous potential for growth as well as strong external collaborations.

Another aspect to the launching of the initiative here that I think is important, and is going to play a major role in the science, is the fact that we are in New York City. The tech ecosystem is growing here. There are indications that in the next five years, it’s probably going to be the same or even more vibrant than places like Silicon Valley. This represents a huge opportunity for us because this gives us the ability to create startups and interact with worlds that are in and outside of academia. For example, we are in proximity to the Brooklyn Navy Yard, which can act as an incubator and has lots of space that is available for us to leverage.

Additionally, what makes this initiative unique is that we are bringing together new and futuristic visions for the school, and how we approach research and education that can impact the next 10 years of robotics.