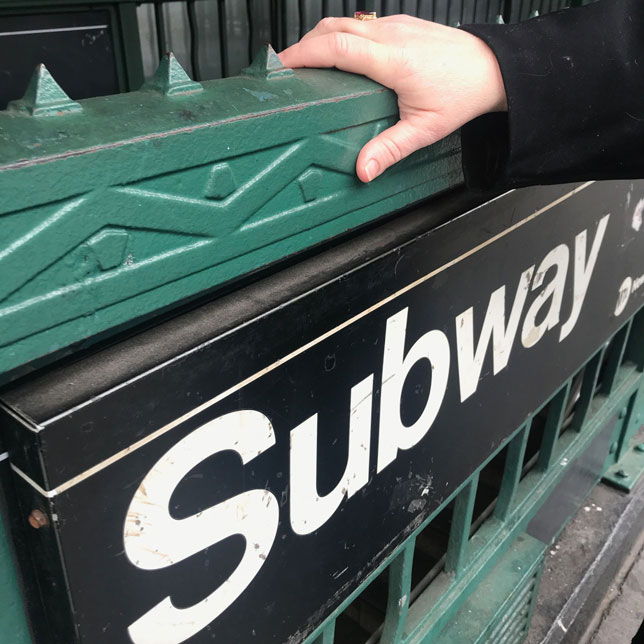 How does COVID-19 get transmitted? Researchers from New York University are out in the streets right now capturing examples of activities where people are coming into contact with surfaces that could host the virus left behind by others who have already touched the same surfaces. While nobody really knows yet how long the virus can survive on surfaces, the World Health Organization has stated that the virus could persist “for a few hours or up to several days,” depending on conditions such as the type of surface, the temperature and the humidity of the environment. The NYU project was undertaken by a team with members from the university’s Tandon School of Engineering and its School of Global Health.

“Our researchers are personally observing patients and hospital personnel as they exit medical facilities, to see what they touch and where they go,” explained lead investigator, Debra Laefer, in an article about the project. Laefer is a professor of civil and urban engineering as well as a professor of urban informatics and director of citizen science at NYU’s Center for Urban Science and Progress (CUSP). She said the data gathered will be used to produce 3D “surface vectors” for developing new disease transmission models “that can radically improve public health decision-making, intervention and risk communication — which obviously need to be as expeditious and effective as possible, particularly in situations like a global pandemic.”

“Developing Epidemiology echanisms in Three-dimensions to Enhance Response,” or DETER, has researchers compiling 500 hours of individual geo-spatial interactions, including those involving the New York City subway system, medical facilities and other essential services. Their goal is to “pinpoint” probable locations of potential contamination and the likelihood of those locations being points of disease transmission.

Co-leader Thomas Kirchner, director of the NYU mobile health lab and an assistant professor of social and behavioral sciences at the School of Global Public Health, said the data would be made widely available to the community “for probabilistic modeling and optimization of municipal containment and mitigation efforts.”

He noted that the project will also help to document the “implementation of restrictions” being put in place by New York Governor Andrew Cuomo, and then the impact over time of any “resurgence of the virus after an expected summer lull.” That resurgence is expected, according to projections put forward by WHO.

The study is also expected to lay the groundwork needed to develop machine learning models to speed the analysis of how a virus spreads in urban areas — not just in New York, but in other cities too. This type of documentation and modeling work could be used for airports, grocery stores and playgrounds — anywhere large groups of people come, touch things and leave, the researchers noted.

New York City has suffered the highest number of deaths (1,397 as of April 2, 2020) and the greatest number of identified infections in the United States (48,462), according to tracking by Johns Hopkins University.