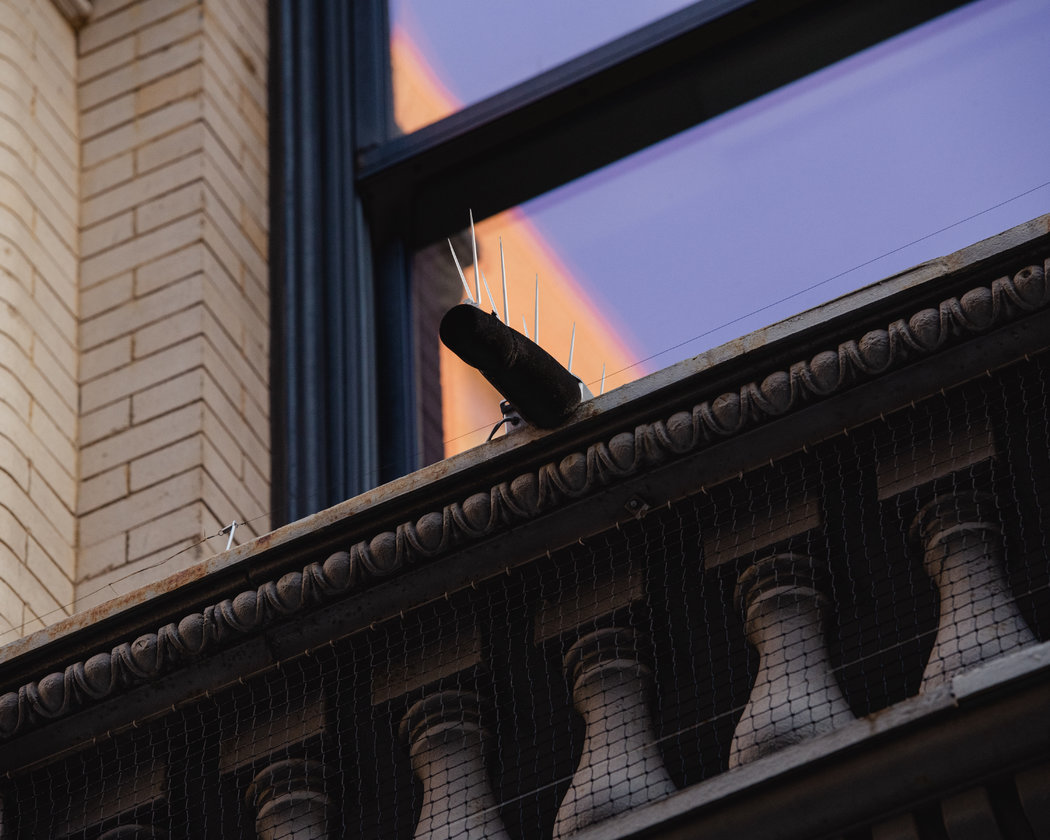 The New York Times interviews researchers from CUSP’s Sounds of New York City (SONYC) project to visualize the impact of the COVID19 pandemic on noise pollution in NYC.

The corner of Lafayette and East Fourth Street in New York used to be a busy thoroughfare, with coffee shops, gyms, bus routes and hurried students walking between classes at N.Y.U. But since mid-March, all the usual sounds of Lower Manhattan — car horns, idle chatter and the frequent rumble of the subway down below — have been replaced by the low hum of wind and birds.

The remarkable change captured in two audio clips — each collected on a Thursday afternoon one year apart, from a microphone perched one story above the sidewalk — offers some measure of what this pandemic sounds like. Sound levels here have fallen by about five decibels, enough to make daytime sound more like a quiet night.

The coronavirus has transformed many aspects of life, closing businesses, canceling plans, confining people to home. But in this subtler way, life has changed, too: The city no longer sounds the same. And that realization is as jarring as the sight of empty streets.

Microphones listening to cities around the world have captured human-made environments suddenly stripped of human sounds. Parks and plazas across London are quieter than they were before the pandemic. Along Singapore’s Marina Bay, the sounds of human voices have faded. In suburban Nova Scotia, the noise of cars and airplanes no longer drowns out the rustle of leaves and wind. In New York, the city has been quieter than on the coldest winter days.

Whether you find this welcome or unnerving is another question.

“To me, it’s the sound of the city aching,” said Juan Pablo Bello, who leads a project at N.Y.U. studying the sounds of New York City. “It’s not a healthy sound in my mind. Even though I’ve been hoping for quiet in many ways for all these years thinking about noise, being obsessed with noise — somehow this is not quite what I was hoping for.”

The N.Y.U. project, called SONYC, recorded the audio clips above from one of 16 microphones that have been monitoring patterns in noise pollution in the city for more than three years, in research funded by the National Science Foundation. The microphones are mostly in Manhattan, with others in Downtown Brooklyn and Corona in Queens, but the years-long audio archive gives a clear sense of a citywide rhythm over time — in normal times.

Twenty-nine of the city’s 30 quietest days during the last three years have been during the pandemic, the recordings suggest. The exception was Christmas Day in 2018.

Researchers in other parts of the world have captured the sounds of similar locations: public plazas without people, roads without cars, attractions with no tourists.