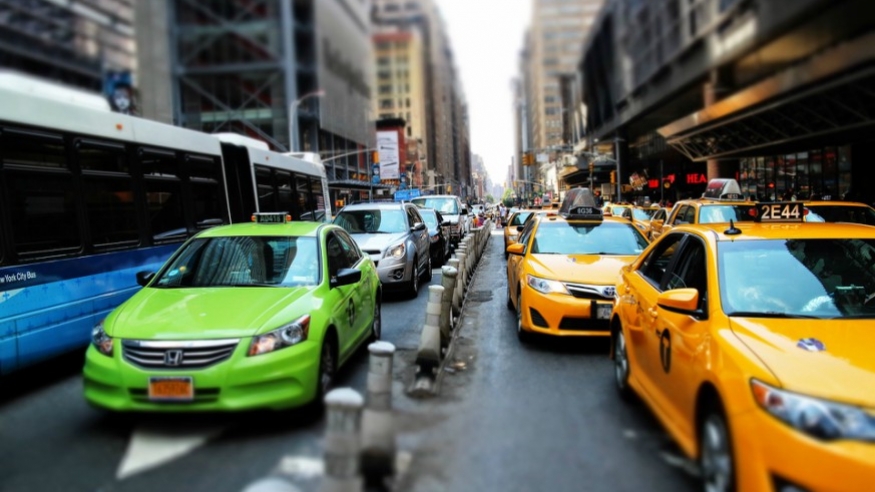 A few weeks later, back in the States, I visited the headquarters of a smaller but similar noise-monitoring project, at N.Y.U.’s Center for Urban Science and Progress, on Jay Street, in Brooklyn. That project is called Sounds of New York City (sonyc) and is funded mainly by the National Science Foundation. sonyc’s purpose, Mark Cartwright, one of the scientists on the project, told me, is “to monitor, analyze, and mitigate noise pollution.” Each sensor in its network has just one microphone, which is roughly eight inches long and covered in foam. The microphone is attached to a small, weatherproof aluminum box, which also contains a Raspberry Pi. Sometimes the sensors are mounted with a long strip of plastic spikes, which are meant to deter pigeons from using the devices as latrines, and which, on monitors installed near Washington Square Park, have developed the unanticipated additional function of accumulating tangled masses of the wind-borne hair of N.Y.U. students.

The method that sonyc uses to collect data and to document noise-code violations is different from the one used by Bruitparif. The sonyc researchers are developing algorithms that they hope will eventually be able to identify a full range of noise sources by themselves—an example of so-called machine listening. “Having a network of sensors deployed around the city enables us to start understanding the patterns of noise and how they develop around things like construction sites,” Charlie Mydlarz, another scientist on the project, told me. He said that sonyc also gives the city’s Department of Environmental Protection actionable evidence of violations. Mydlarz and his colleagues are still training their algorithm, with help from “citizen scientists,” who visit a Web page and annotate ten-second audio files, collected by the sensors, with what they think are the sounds’ likeliest sources: jackhammer, car alarm, chainsaw, engine of uncertain size. He demonstrated the algorithm’s current iteration by alternately operating a Black & Decker electric drill and the siren of a toy fire truck near a sensor on the table in front of him. The algorithm successfully identified each and measured its decibel level. (It can also identify the fire truck’s horn.)

I was accompanied to the sonyc lab by Charles Komanoff, an economist who created models that the city’s congestion-pricing plan is based on. In the course of the past five decades, he’s worked on just about every environmental issue, including noise. “In the mid-nineties, I spoke fairly regularly to small but spirited anti-car gatherings,” he told me. “I would ask for a show of hands: ‘If you could eliminate all motor-vehicle noise or all motor-vehicle air pollution—but not both—which would you choose?’ As a rule, the majority chose noise.” I had asked him to join me mainly because he owns a professional sound-level meter.

Komanoff and I travelled to and from Brooklyn by bicycle, and halfway across the Manhattan Bridge we stopped to take sound readings. His meter showed that, at the spot where we were standing, the average ambient-sound level, arising mostly from motor traffic on the bridge, was about seventy decibels, or roughly what you’d experience while using a vacuum cleaner at home. Then a train went over the bridge, on tracks twenty or thirty feet from where we were standing, and the reading jumped to ninety-five decibels—more than a three-hundredfold increase in sound intensity and a five- to sixfold increase in perceived loudness—or roughly what you’d hear while using a gasoline-powered lawnmower in your yard. The train sound wasn’t physically painful, but almost; even shouted conversation became impossible.

In the United States, sound exposure in the workplace has been regulated by the federal government since the nineteen-seventies. But the rules don’t cover all industries, and they’re applied inconsistently. The government has acknowledged that, even when compliance is absolute, the limits aren’t low enough to protect all workers from hearing loss. The regulations of the Occupational Safety and Health Administration, for example, allow workers to be exposed to ninety-five decibels for four hours a day, five days a week, for an entire forty-year career. That’s always been crazy, but in the past decade it’s begun to seem even crazier, because recent research into what’s known as hidden hearing loss—which involves a previously undetected permanent reduction in neural response—has suggested that catastrophic losses could occur at sound levels that are much lower than had been thought, and after much shorter periods of exposure.