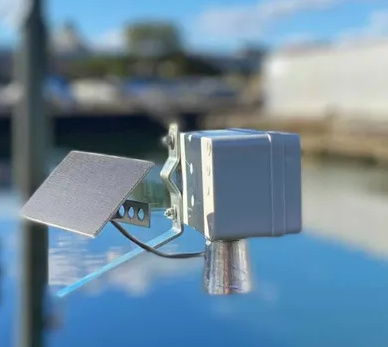 This is a sponsored article brought to you by NYU Tandon School of Engineering, originally published by IEEE Spectrum.

A common adage is that if you can measure a thing, you can control a thing, or at least manage it. A challenge for New York City’s efforts to reduce the negative impacts of street-level flooding and noise pollution has been how to measure these issues effectively.

The genesis of the noise sensor development, in 2015, was that noise is one of the top quality of life issues identified in New York City, yet the city had a mere 50 noise enforcement officers on hand to deal with millions of such complaints every year.

The approach of using sensor networks for urban monitoring was also used by the FloodNet project, a consortium comprised of researchers at NYU and the City University of New York (CUNY) and city agency personnel at the NYC Mayor’s Office of Climate Resiliency (MOCR) and Office of the Chief Technology Officer, including NYU CUSP professors Andrea Silverman, Elizabeth Henaff, Tega Brain, and Mydlarz.

"We realized that there were little to no quantitative or real-time flood data available. At that point, we realized we needed to collect that data ourselves."

Initially, Silverman, Henaff, and Brain’s research was aimed at measuring contaminants in flood waters. However, the research team quickly learned that it was difficult to determine when to travel to field sites to collect flood water samples. It wasn’t clear how much rainfall would cause street-level flooding in different locations around NYC.

“With that challenge, we started looking for data sets that would provide flood information and realized that there were little to no quantitative or real-time flood data available, not just in New York City, but in urban environments around the world,” said Silverman. “At that point, we realized we needed to collect that data ourselves.”

How the Sensor Networks Work

Formed in 2020, FloodNet brings together communities, researchers, and New York City government agencies, to develop water-level sensors and collect data on the frequency, severity, and impacts of flooding in New York. Ultimately, the data and knowledge gained through FloodNet can be used by local residents, researchers, and city agencies to address flood risks. In fact, New York City acknowledged the importance of flood sensor data in its inaugural Extreme Weather Response Task Force report, listing sensor deployment as an initiative in its action plan for improving the City’s response to future extreme precipitation events.

While the general design of SONYC and FloodNet sensor networks build upon the same basic concept of sensor networks, they are based on two different types of sensor technologies. For the SONYC project, the backbone technology is the high quality, low cost and robust Micro Electro Mechanical System (MEMS) microphones, while for FloodNet, the sensors operate using a downwards facing ultrasonic pulse created by a piezo transducer with a receiver that sits behind the transducer to detect the reflections of the pulse. The time between the transmission and detection of this pulse allows for the calculation of distance, which can be converted to flood depth.

From Raw Data to Actionable Information

Both SONYC and FloodNet are already having an impact. In SONYC’s latest iteration, dubbed SONYC Home, the sensors are being mounted on the windows of New Yorkers who have registered noise complaints, often due to chronic noise issues caused by construction or garbage collection , according to Mydlarz.

“With a noise sensor, residents have the ability to see and interact with the data that’s coming from the noise source outside,” said Mydlarz. “The ability to supplement the sensor data with noise observations allow the complainants to take active steps to engage with the problem and hopefully ultimately solve it, with this data being directly routed to the NYC DEP for data driven noise enforcement”

Silverman points out that, similarly, FloodNet is about providing communities with actionable information. “The sensor itself is not going to prevent a neighborhood from flooding,” she said. “But there are many potential data uses that can help inform where interventions should go.”

"The ability to supplement the sensor data with noise observations allow the complainants to take active steps to engage with the problem and hopefully ultimately solve it."

FloodNet has already proven its value as a way to deliver real-time data to the city, most recently during extreme storms Henri and Ida, in late 2021. FloodNet sensors were able to record the profiles of street-level flooding, with some flood waters reaching 3 feet (91.5 cm) in depth. These capabilities have remained below the radar — so to speak — because FloodNet is still in beta; however, Silverman expects that in early 2022 it can start providing more information as the network expands and a data dashboard is released.

The underlying technologies of the SONYC and FloodNet sensors are transferable to other municipalities. However, the challenge is not just deploying a sensor network in a city, but also getting the buy-in and cooperation of city officials to make it work and develop a framework for actionable use of the data.

“The technology itself is location agnostic,” said Mydlarz. “The challenge is the integration into the agencies and into the city itself. You can’t just walk into a city with a sensor network and expect to start using it immediately. There’s a process to speak to the right people, understand the local context, build partnerships within the right agencies, and understand how to deploy the sensor network within local constraints.”