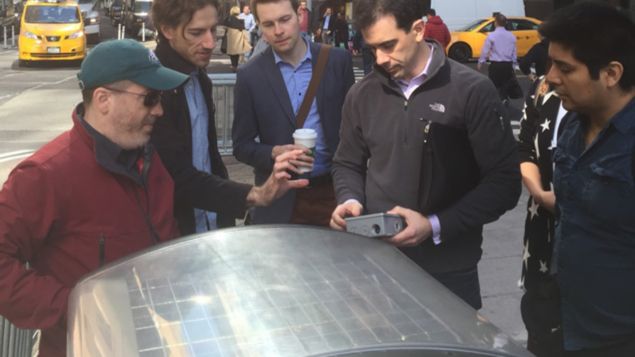 Constantine Kontokosta — Assistant Professor in Tandon’s Department of Civil and Urban Engineering and the NYU Center for Urban Science and Progress (CUSP), the Director of the Urban Intelligence Lab, and the Deputy Director for Academics at CUSP — is using data analytics to advance the fundamental understanding of how cities work and how data-driven decision-making can improve city operations, policy, and planning.

Building on his recent National Science Foundation CAREER award and grants from the MacArthur Foundation and the Mayor’s Office of Sustainability, he’s making a difference in New York City … and beyond.

Up for the Challenge

Kontokosta and his team were recently selected as one of only six winners — from a field of several hundred — in the U.N. Data for Climate Action Challenge, a call to the world’s data scientists, researchers, analysts, and innovators to develop viable, data-driven climate solutions. With climate change now a global issue threatening entire ecosystems and cultures, the Challenge aims to demonstrate the transformative and vital possibilities of harnessing Big Data to address the problem.

The team developed a first-of-its kind high-resolution spatial-temporal model of urban greenhouse gas emissions from buildings, transportation systems, and point sources such as power generation facilities and industrial plants. They used a staggering array of data, including:

Kontokosta will present the team’s work at the 2017 U.N. Climate Change Conference (COP23) in Bonn, Germany, this month, adding to the growing evidence of the value of big data and public-private cooperation for climate action and sustainable development.