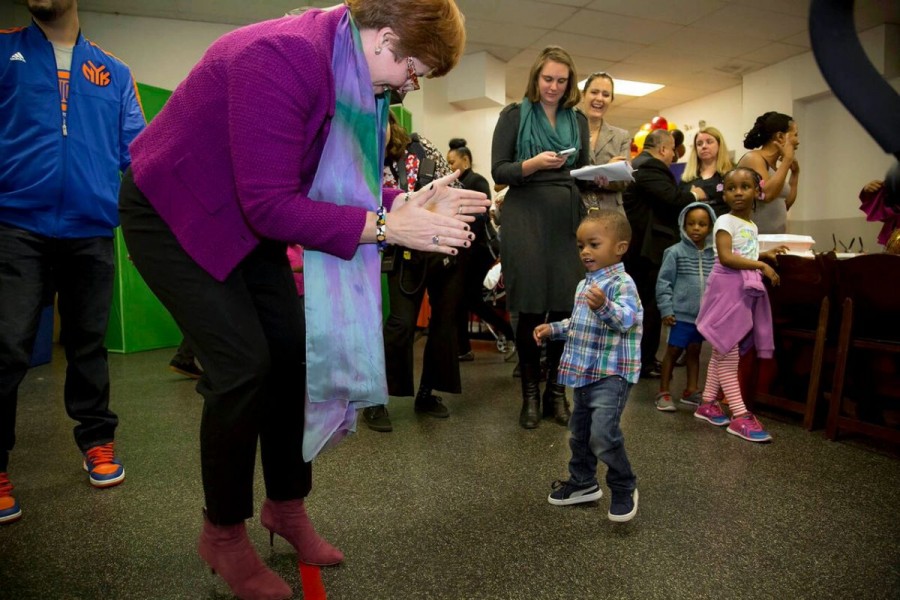 It seems, sometimes, that the pace of technology moves at different speeds across society.

For the organization Christine Quinn leads, Women In Need, being able to text with its users could be a huge upgrade.

“Right now we’re literally going around and putting flyers under people’s doors,” Quinn explained in a phone call recently. “We’re not applying any of the technology or vision of the 21st century that we’ve used to solve so many problems.”

Since losing to Bill de Blasio in the 2013 mayoral election, Quinn has moved back into the field she worked in, housing, prior to her political career, which included eight years as the leader of City Council. In 2015 she took over as the president and CEO of Women in Need (WIN), a homeless shelter organization that houses more than 10 percent of the city’s homeless population.

Last month, the organization announced that it’s partnering with the NYU Center for Urban Science and Progress (CUSP) program, based at the university’s Downtown Brooklyn engineering campus.