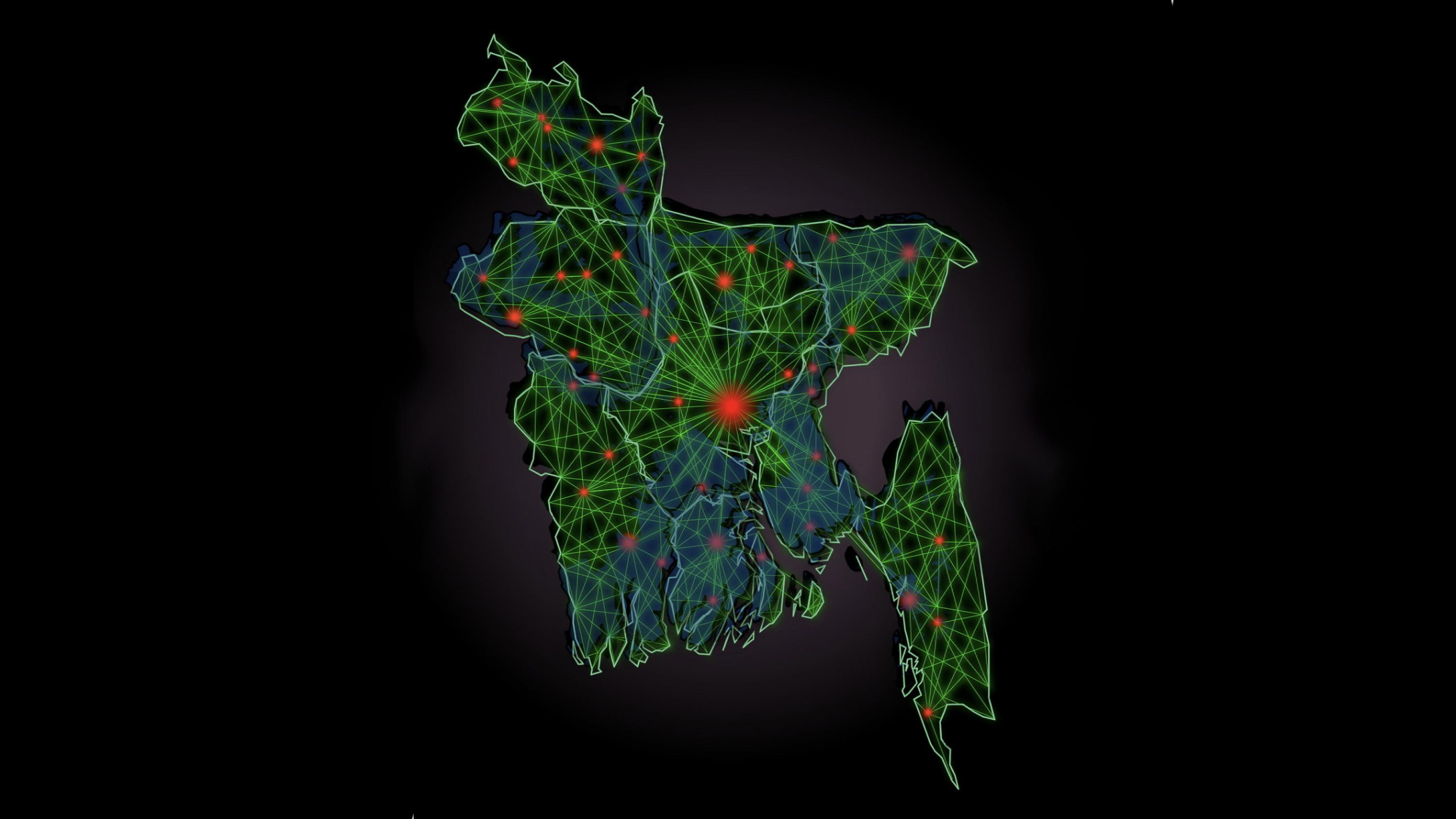 Researchers led by Maurizio Porfiri, an engineer at the Center for Urban Science and Progress (CUSP) at the NYU Tandon School of Engineering, are using data science to predict how the cascading effects of the migration in Bangladesh will ultimately affect 1.3 million people across the country by 2050 (Press Release via NYU Tandon School of Engineering).

Rising sea levels and more powerful cyclonic storms, phenomena driven by the warming of oceans due to climate change, puts at immediate or potential risk an estimated 680 million people living in low-lying coastal zones (a number projected to reach more than one billion by 2050). In nations like Bangladesh these populations are already moving to escape sea-level rise.

In a new study, “Modeling human migration under environmental change: a case study of the effect of sea level rise in Bangladesh,” researchers led by Maurizio Porfiri, an engineer at the Center for Urban Science and Progress (CUSP) at the NYU Tandon School of Engineering, apply data science to predict how the cascading effects of the migration in Bangladesh will ultimately affect 1.3 million people across the country by 2050. The work has implications for coastal populations worldwide.

The new study, co-authors of which include first author Pietro De Lellis, an engineer at the University of Naples Federico II, Italy, and Manuel Ruiz Marin, a mathematician at the Technical University of Cartagena, Spain, presents a mathematical model of human migration that considers not just economic factors but also human behavior — whether people are unwilling or unable to leave and if they later return home. It also considers the cascading effects of migration, as migrants repeatedly move to find new opportunities, and original inhabitants are displaced. The research is published in Earth’s Future, AGU’s journal for interdisciplinary research on the past, present and future of our planet and its inhabitants

“We are not only looking at a snapshot, but we are trying to reconstruct the trajectory of the migration and looking at its evolution,” said Porfiri, who is also an Institute Professor of mechanical and aerospace, biomedical, and civil and urban engineering at NYU Tandon.

According to the new model, the districts in the south along the Bay of Bengal will be the first to be impacted by sea-level rise, causing a migration that will ripple across the country and affect all 64 districts. Some migrants will likely be rejected by the existing residents — or displace them — triggering further migrations. While the population of the capital, Dhaka, initially will surge, the results suggest that movement away from the inundated capital region will ultimately cause its population to shrink.

Bangladesh is especially susceptible to sea-level rise because it is a low-lying country crisscrossed with rivers, and already experiences frequent flooding during the summer monsoon season. Its coastline on the Bay of Bengal measures about 580 kilometers (360 miles), with a large portion consumed by the Ganges river delta. An estimated 41 percent of its 163 million people live at elevations lower than 10 meters (about 32 feet).

The work follows upon a 2020 study by Porfiri and Ruiz Marin that examined population migrations in Bangladesh due to sea level rise as a way to verify an approach to detect spatial associations from small datasets, through the use of specific principles of information theory.

The authors emphasize that the new model can be used to study migration in response to any environmental disturbance that causes unrest, such as droughts, earthquakes or wildfires. Additionally, it is relatively simple and can make reliable predictions based on little data.

An earlier migration model using the same data predicted that the central region of Bangladesh, including its capital, Dhaka, would receive the greatest number of migrants. The new study agrees, but finds that the ripple effects from that migration will ultimately cause people to leave the capital, leading to a population decline.

Porfiri explained that the team’s approach to mathematical modeling for reliably predicting environmental migration in Bangladesh can be applied anywhere.

“Droughts, desertification, floods, earthquakes, and wildfire threaten livelihood worldwide; from wealthy to developing economies, every country is vulnerable to environmental change,” he said. “Mathematical models can assist in providing reliable predictions of environmental migration, which are critical for devising effective policy initiatives and improving our preparedness for future migration patterns.”

De Lellis added that the outputs from the model can help governments plan and prepare for the impacts of environmental disturbances by allocating resources to the most hard-hit regions and ensuring that cities are adequately equipped to deal with the influx of environmental migrants.

“Mathematical modeling is the only way we have to ground our future decisions,” said De Lellis. “Migration has lots of sources — [environmental disasters,] political tensions — but in the end, we need to use science to provide useful tools for decision-makers.”

The research is supported by the U.S. National Science Foundation (NSF), Groups of Excellence of the region of Murcia, the Fundación Séneca, Science and Technology Agency, and Compagnia di San Paolo, Istituto Banco di Napoli – Fondazione, project ACROSS.

Note: Images are available at nyutandon.photoshelter.com.