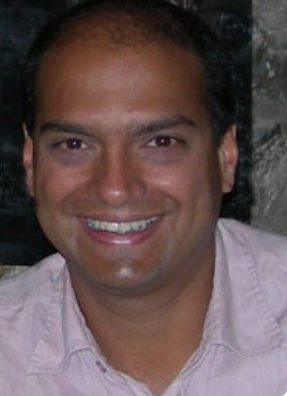 Our next virtual seminar will feature Dr. Ravi Vaidyanathan, a Reader in Biomechatronics at Imperial College London, for a discussion on “Neuromechanics: Insects to In-vivo Mechatronics.”

Mechatronics is the synergistic combination of precision engineering, electronic control, and systems thinking in the design of products and manufacturing processes. Bio-Mechatronics may be viewed as its extension fused with influence from biological systems; i.e. mechatronic systems designed based on inspiration from neural and physiological systems.

The talk will review methodologies for the enhancement of engineering (robotic) design based upon biological studies, with emphasis systems thinking in walking robots and human augmentation (cybernetics). The core hypothesis is the idea that complex behavior emerges from the interaction of an entity with its environment as a result of sensory-motor activity; interactions among a breadth of subsystems must be tuned and adapted to achieve this objective. Architectures founded upon biological inspiration will be summarized with specific examples in medical and mobile robotic systems including: insect-inspired mobile robots, robot exoskeletons, brain-implant therapies and human-robot interface systems.

Ravi Vaidyanathan is a Reader in Biomechatronics at Imperial College London, UK.  Dr. Vaidyanathan has led more than 20 separate research programs supported in the USA, Singapore, and the UK, authored over 100 refereed publications and is a named inventor of four pending or issued patents.  His research has won “Best Paper” awards from IEEE Transactions on Mechatronics, the Journal of Systems and Control Engineering and the IEEE conferences on Intelligent Robots and Systems (IROS), Intelligent Systems Engineering (ICISE), and Computer Based Medical Systems (CBMS).  He has been awarded the UK National Health Service (NHS) Innovation Award as well as the UK Institute of Engineering Technology (IET) Most Promising Innovation in Robotics award and has had his work featured by the Royal Academy of Engineering.  Revolutionary aspects have also been highlighted in the public press by groups including: the BBC, New Scientist, The Engineer, Inc. Magazine, IEEE Institute, Flight Global Magazine, The Times of India, the Discovery Channel, and the Tokyo Broadcasting Company.  Dr. Vaidyanathan has been invited to present his research at the US Pentagon, UK Parliament and at the Prime Minister’s residence at 10 Downing Street.  The Biomechatronics Laboratory has further supported the formation of four spinout companies in neurorobotics and mechatronics.  Dr. Vaidyanathan is currently co-chair of the IEEE Robotics and Automation Society Technical Advisory Committee on Biorobotics and holds honorary professorships in the USA and India.