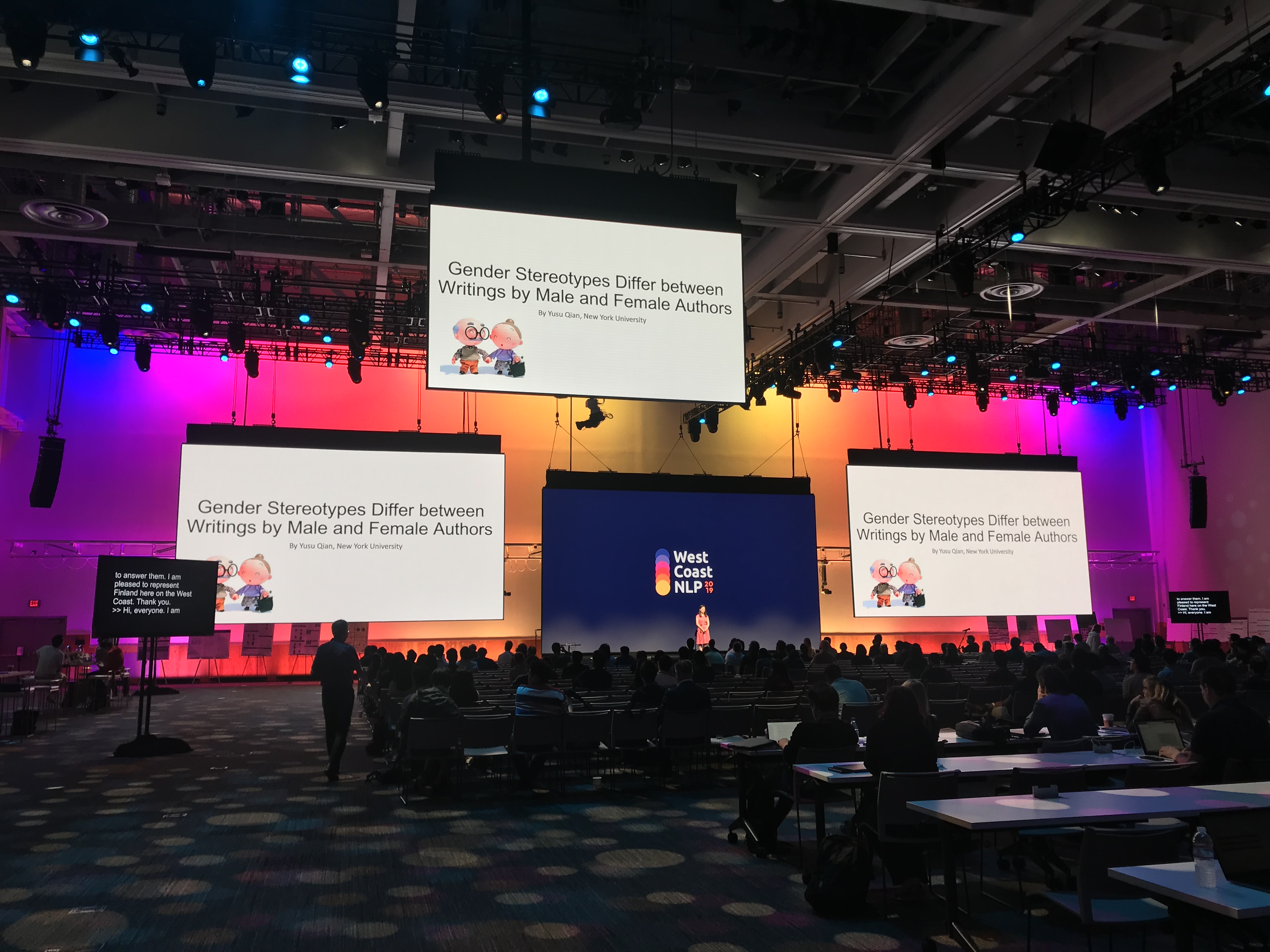 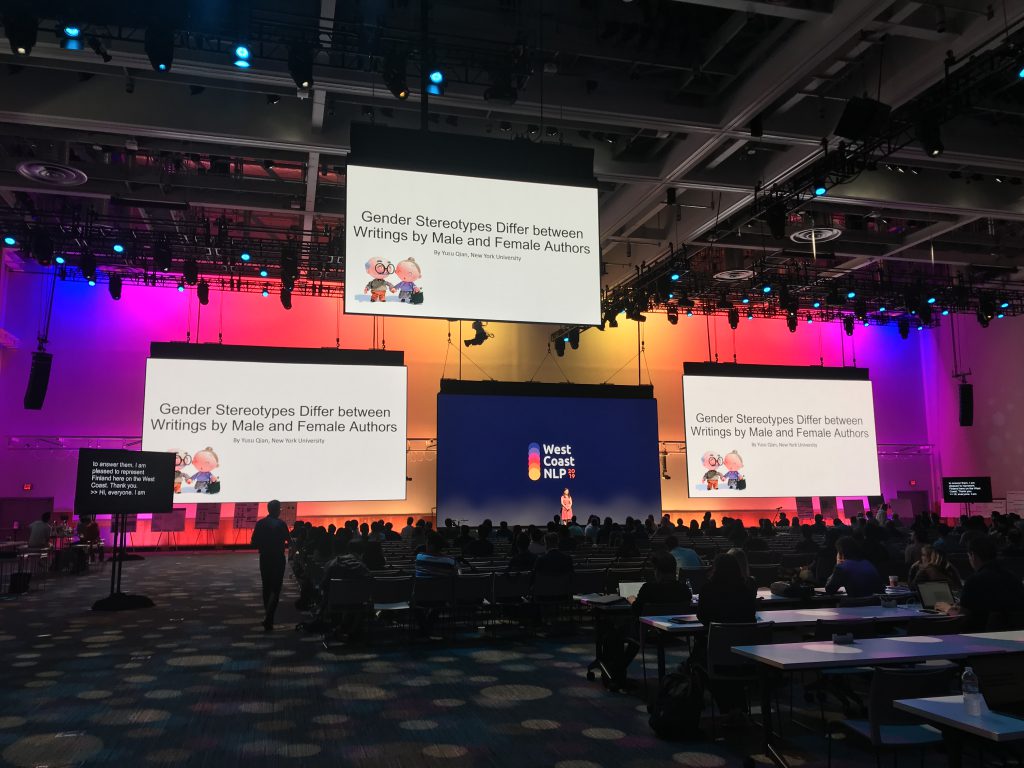 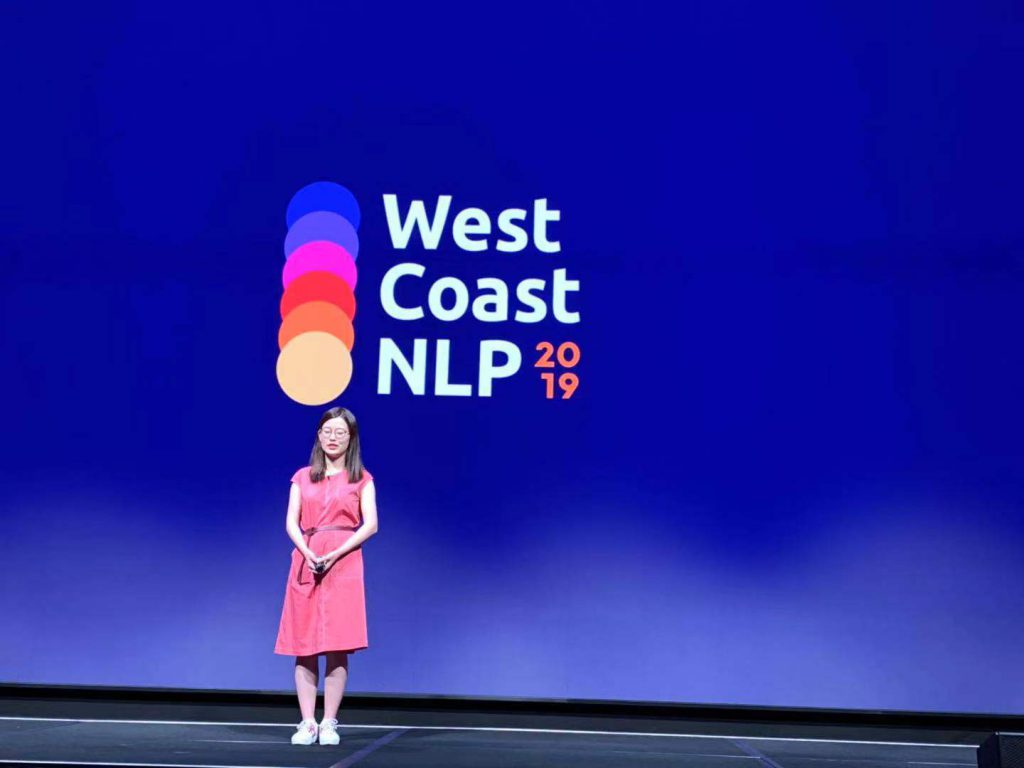 MS Student Yusu Qian recently gave a lightning talk at the 2019 West Coast NLP Summit at Facebook’s headquarters in Menlo Park, California! Yusu discussed her research on “Gender Stereotypes Differ between Male and Female Writings,” a paper she wrote last semester for a project on Text as Data.

The West Coast NLP (WeCNLP) Summit is an opportunity to foster discussion and collaboration between NLP researchers in academia and industry. The event on September 6th included talks and a panel from research leaders on the latest advances in NLP technologies.