NYU today named Steven E. Koonin – a theoretical physicist who has served as Undersecretary of Energy for Science, Chief Scientist of BP, and Provost of the California Institute of Technology – as the Director of the new Center for Urban Science and Progress (CUSP), an applied science and engineering institute created by NYU as a consortium of world-class universities, global technology corporations, and innovative urban designers.

Koonin’s appointment came as New York City Mayor Michael Bloomberg – accompanied by NYU President John Sexton and Dr. Koonin at a press conference in Brooklyn – announced the designation of CUSP as one of the winning proposals submitted in response to Applied Sciences NYC, a major City economic development initiative to increase New York’s capacity in the applied sciences and spur the growth of new tech-related businesses and jobs.

NYU President John Sexton said, “The creation of CUSP – and the announcement by Mayor Bloomberg of its designation as one of the Applied Sciences NYC winners — is an extraordinarily exciting event for NYU. Its research and academic programs will address one of the most pressing and pervasive challenges of our times – how to make an increasingly urbanized world work better. CUSP is not merely a new educational program or a new research center – it will be an incubator for an entirely new industry.

“An undertaking such as CUSP requires a person of exceptional talents – a scientist of outstanding abilities and credentials; a proven and experienced leader; and a person with the vision and entrepreneurial spirit necessary not only to create a new enterprise, but to aim it at solving some of the world’s great challenges. In Steve Koonin, we have found such a person. By dint of talent, accomplishments, knowledge, attitude, and energy, he’s a perfect fit. Recruiting a scientist of Steve’s stature is a tremendous validation of the idea at the heart of CUSP, and its promise.”

Sr. Vice Provost for Research Paul Horn said, “Steve Koonin is an exceptional choice to be CUSP’s director. His record of directing scientific efforts to solve complex and seemingly intractable problems makes him stand out as a leader in the scientific community. I don’t think there is anyone better suited to be CUSP’s founding director, to ensure excellence in its research agenda, and to focus on translating the research and discoveries into real-world, commercializable solutions. We are very fortunate to have Steve coming on board, and, on behalf of the entire NYU community, we welcome him and offer our congratulations on this new assignment.”

Director Koonin said of his appointment: “NYU and its partners have envisioned a remarkable enterprise that will simultaneously improve the workings of the City, advance technology, spur economic activity, and educate a global population of students in the development and application of Urban Science. I am extraordinarily energized to be returning to New York City to work with CUSP’s partners and other stakeholders to realize that vision; there is no place better to be doing this work.”

Dr. Koonin was confirmed by the Senate in May, 2009 as Undersecretary for Science at the U.S. Department of Energy, serving in that position until November, 2011. Prior to joining the Obama Administration, he was BP’s Chief Scientist, where he was a strong advocate for research into renewable energies and alternate fuel sources. He came to BP in 2004 following almost 3 decades as Professor of Theoretical Physics at the California Institute of Technology, serving as the Institute’s Vice President and Provost for the last nine years. Koonin comes to CUSP most immediately from a position at the Science and Technology Policy Institute of the Institute for Defense Analyses in Washington, DC.

Koonin’s research interests have included nuclear astrophysics; theoretical nuclear, computational, and many-body physics; and global environmental science. He has been involved in scientific computing throughout his career. He has supervised more than 30 PhD students, produced more than 200 peer-reviewed research publications, and authored or edited 3 books, including a pioneering textbook on Computational Physics in 1985. As Caltech’s Provost, Koonin oversaw its research and educational programs, including the hiring of one-third of the Institute’s faculty. At BP, he conceived and established the Energy Bioscience Institute at UC Berkeley and the University of Illinois, while at DOE, he led the preparation of both its most recent Strategic Plan and its first Quadrennial Technology Review for energy. Koonin has served as an advisor for numerous academic, government, and for-profit organizations.

Dr. Koonin is the recipient of numerous awards and honors, including the George Green Prize for Creative Scholarship at Caltech, a National Science Foundation Graduate Fellowship, an Alfred P. Sloan Foundation Fellowship, and a Senior U.S. Scientist Award (Humboldt Prize), and the Department of Energy’s Ernest Orlando Lawrence Award. He is a Fellow of several professional societies, including the American Physical Society, the American Association of the Advancement of Sciences, and the American Academy of Arts and Sciences, and a member of the Council on Foreign Relations and the U.S. National Academy of Sciences.

Koonin was born in Brooklyn, NY and graduated from Stuyvesant High School in 1968. He received his B.S. in physics from the California Institute of Technology in 1972 and his Ph.D. in theoretical physics from MIT in 1975. He and his wife Laurie have been married for 37 years and have three children: Anna (27), Alyson (24), and Benjamin (22). 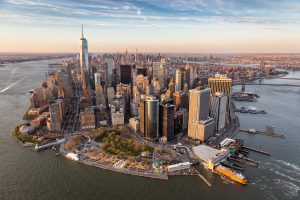 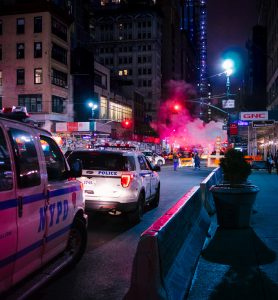 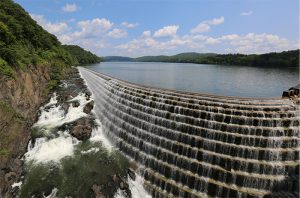 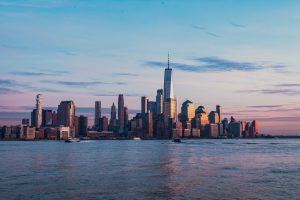