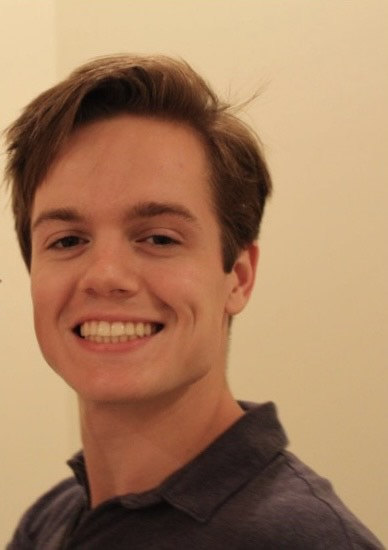 New ease of access to data allows the public to be informed and to do the informing.

A recent article from the United Nations Development Program discusses the gradual changes in philosophy regarding governance in a democratic society. Where older models prioritized control, order or efficiency, the New Public Service model has the central foci of maintaining an open, accessible system of governance and cultivating public involvement in this governance. [1] Put simply, this new philosophy emphasizes that public service exists with the purpose of serving the interests of the public. One increasingly popular method of implementation for this model is called open-source government. The name itself might suggest transparency, but that is only one part of the equation. An open-source government not only informs the public of its decisions and operations, but it actively listens to the public when their ideas or behaviors suggest there is a better way to serve them. Both essential voices in the conversation of democracy have become more accessible with advances in technology and the subsequent ease with which public data can be gathered and reported. If true democracy is a conversation, data is the language in which it is spoken.

The government-to-public side of this conversation is commonly referred to as transparency. Older forms of governmental transparency, such as officials holding press conferences or interviews, remain important to democracy today. More recent practices like local and federal departments publishing budgets periodically on the web are impactful as well. With the dawn of big data gathering and analysis, however, transparency can reach across a much broader horizon of public life. For example, in the last few years, the European Union has released its highly informative, data-driven State of Health in the EU publications for each country in the EU. The publications create “Country Health Profiles” with clear and detailed visualizations of public health data in every imaginable category for citizens or anyone around the world to find on the web. [2] The City of New York Open Data Initiative is also highly informative. Their website hosts a lengthy list of publicly accessible datasets, including an extensive quality rating system of public schools in the city, based on components like graduate profiles and teacher qualifications. [3] Transparency projects like these allow governing bodies to operate more openly and honestly than merely hosting press conferences, improving one half of the democratic conversation.

The public-to-government aspect is known as public participation. This side of the conversation is what truly decentralizes governance and allows democracy to flourish. When the public can directly communicate with their government throughout the legislative process, the governing body is able to inspect and address problems directly through the lens of those affected by them. Like transparency, public participation that goes beyond voting is also much easier as data becomes the first language of the First World. Polls can be administered electronically to gauge public opinion and suede legislative decision making, or data can even be gathered on public behavioral patterns to improve relevant public services. One example of the latter is taking place in Los Angeles, where local government is tracking citizens’ cell phone locations to inspect patterns of public transportation use. Bus ridership has dropped 36 percent in the last decade, so using their findings, the city will rearrange bus lines and stops to better fit the patterns and preferences of users. The project has the potential to make a massive positive impact on the city’s car traffic issue. [4] In this instance, participation is communicated with data instead of words, providing a preview of the vast possibilities that big data unlocks within the democratic conversation.

Beth Noveck, a pioneer of and advocate for open-source government, asserts that public participation is often too focused on opinions and neglects expertise. She points out that public expertise is a vast and often untapped resource for effective and legitimate governance. [5] Medical professionals, engineers, scientists, and countless other groups in society have valuable knowledge that offers the potential to positively impact government decisions of all kinds. Her TED talk on this topic has garnered over half a million view since its release in 2012, but many democratic governments have yet to implement this valuable philosophy. Some have, however, including Brazil, where a peer-to-peer learning initiative called Sao Paulo Aberta allows citizens to host and teach short courses to public officials in various areas such as technology and data. [6]

The concept of Democracy depends on evaluation and innovation, as the life within its borders is evolving constantly. In a TEDx presentation, Harvard professor Linda Hill asserts that leadership within innovative organizations is not the same as leadership in a traditional business-like organization. Innovative organizations require leadership that does not just dictate orders and release information but also cultivates an environment in which everyone has a voice and wants to actively participate and interact with the leadership operations. [7] This perfectly illustrates the role of public participation in the governance of a democracy. Public officials have a responsibility to prioritize the interests of the public they serve, and there is no better way to understand these needs than to sit down and have a conversation. While this may have been idealistic in the past, the rise of big data makes it a feasible reality of the present.

Michael Carper is a Master’s Candidate for the Class of 2021 at NYU’s Center for Urban Science and Progress.