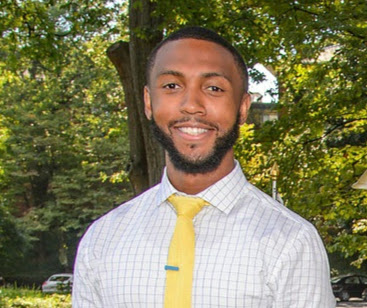 Eric Corbett is a Smart Cities Postdoctoral Research Associate at NYU CUSP. He holds a Bachelor’s degree in Computer Science from Savannah State University (a historically Black college) and a PhD in Digital Media from the Georgia Institute of Technology. Eric built a bridge between his undergraduate and PhD studies through a series of internships at NASA, Intel, and Google, where he expanded his interests from the technical to the social, cultural, and political aspects of technology. He also obtained a Master’s degree in Human-Computer Interaction from the University of Maryland Baltimore County, where he learned the importance of human factors in the design and use of technology.

Eric’s research has mainly alternated between two genres in the human computer-interaction (HCI) field. His work in technical interaction design was largely informed by his industry experience and internships. At Google, for example, Eric conducted a series of usability studies to inform the design of a voice-based app intended to improve the accessibility of Google products. At the Department of Energy, he developed heuristic evaluation techniques to improve the usability of interactive machine learning applications.

During his dissertation research, Eric also examined critical political inquiry within HCI. Over the last five years, he published a series of research papers under this genre on community engagement, civic technology, and smart cities, gentrification, and trust in local civic relationships.

While these two areas of research differ in many ways, Eric finds it exciting to combine them and to critically apply his technical interaction design skills to pressing urban issues. “This allows me to do fascinating research,” he says. “How can we design technology to push-back against gentrification? How can design technology to mediate trust between immigrant communities and local government?”

Currently, the most challenging part of Eric’s work is building the necessary relationships and contact points to conduct the type of research he is most interested in pursuing, as most of his work can’t happen in a lab and does not exist in code separated from local politics and relationships. “All civically engaged, action-orientated research is challenging in that the priorities, goals, and outcomes of the work are in flux and must be renegotiated throughout a project,” he says.

“Carving out research outcomes is always a back-and-forth with whomever I am working with. While this can be challenging, it is also where the most significant rewards come from: being able to do academic research that is socially relevant, politically engaged, and directly impactful to the public.”

While his background is largely in computer science and human-computer interaction, Eric primarily considers himself a design researcher who works in two modes: understanding the world to do design (such as conducting qualitative research with public officials to design civic technologies) and understanding the world through design (such as designing technology prototypes that act as probes to explore complex urban issues). “Underlying both of these modes of design research is a belief that knowing is intertwined with doing, acting, and being in the world,” he says.

While this can be challenging, it is also where the most significant rewards come from: being able to do academic research that is socially relevant, politically engaged, and directly impactful to the public.”

Eric was originally drawn to CUSP because he wanted to be in a research space that could amplify this hands-on research style in cities, specifically social justice in urban environments. The overarching thread throughout his research has been exploring the intersection between social justice and technology, even though this meant he has sometimes needed to push back against the disparate harm technology can have in people’s lives. For example, his 2019 paper on “Engaging Gentrification as a Social Justice Issue in HCI” was a call to action for the HCI field to engage with the role technology plays in gentrification processes in urban environments (Corbett and Loukissass 2019). Similarly, his dissertation research with the City of Atlanta’s Mayor’s Office of Immigrant Affairs was motivated by his desire to understand how technology can empower marginalized immigrant communities to participate in civic life in Atlanta.

Because much of his research is about local issues and relationships, Eric relocated from Atlanta to Brooklyn over the summer despite working remotely due to the pandemic: “It was vital for me to be in the city,” he says. His day-to-day work is currently focused on preparing for his new research agenda on public engagement in AI, including reading the latest research on the topic, meeting (virtually) with local contact points, and applying for grants to fund research collaborations. He is also designing a course he will teach next summer on “Understanding the Politics of Urban Artifacts,” which will introduce CUSP graduate students to technology’s political ramifications in urban environments.